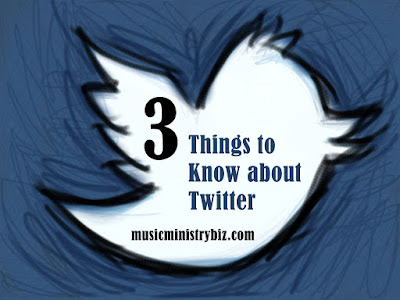 So far in our Social Media series we have tackled Facebook and YouTube, how they are useful, and how they best work for music artists and songwriters. Now let’s look at the platform you either love or hate: Twitter.

Personally, I think Twitter is right up there with YouTube as the most effective marketing tool, especially when you are trying to find an audience whom you may not know personally. Sometimes it’s even easier to market to this audience since they are usually not family or friends.

So here are three basic things to know about Twitter for the artist or songwriter trying to get it working for them.

The way I think about Twitter is that there are two kinds of people on Twitter: the kind that read their stream, and the kind that don’t. The first kind look through their stream like we do our Facebook feed. They look for interesting things people say or post, more for entertainment value than because they personally know that person.

The problem is they aren’t looking at their feed 24 hours a day, and you can’t depend on them to see every post. And the folks that never check their stream or only look at it once in a while, are even harder to reach.

I usually do 4-5 posts to Twitter a day. This ensures a good coverage of people will at least see one tweet I put out.

This random viewing of streams also means that we need LOTS of followers. The more the merrier.

Following this method, you’ll see a rapid rise in followers - but there is a caveat to this. In order to see people retweeting, liking, and following links on your tweets, you need to make sure they are people who would WANT to follow you in the first place. If you do Contemporary Worship, don’t follow someone who would hate that format. Or someone who you don’t know if they even would want to hear music in the first place. Read their description and see if you think they might you and your music, even IF they are followers of an artist just like you.

OK, so once you have followers, how do you reach them?

Many people don’t get started on social media because the thought of logging in each day or hour to post to Facebook or Twitter seems ridiculous. Where would you have the time? What if I told you that I post to close to a dozen Twitter, Facebook, and LinkedIn accounts every day and spend 15 minutes? Better yet, I do it the night before and don’t even have to do it through the day.

The way I do this is by using a tool like Buffer or Hootsuite to schedule to my various accounts each night before I go to bed. This is very easy and free for artists who only have one FB and Twitter account. Also these tools offer a weekly summary of who clicked on links, which posts got the most likes and shares, and much more.

The secret to posting to Facebook and Twitter every day all day is not to sit there posting all day!

Using Twitter may seem daunting, or perhaps you’ve used it but didn’t see the reward to the investment of time, but using these tips may help you. And Twitter is a unique way to quickly get people’s attention and get them engaged with your music brand.

EC
--
Eric Copeland is probably tweeting right now to one of the dozen or so brands he runs, including his Christian artist and songwriter development company Creative Soul. To find out more go to  http://www.CreativeSoulOnline.com

Thanks for the tips, Eric!

Eric,
Good word, but a quote from Richard Dawkins makes me go, hmmm. 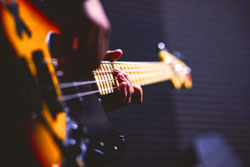 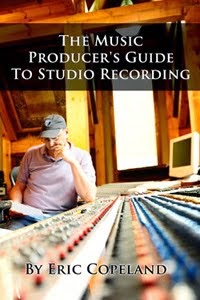